HOW ARE THE BEES DOING? 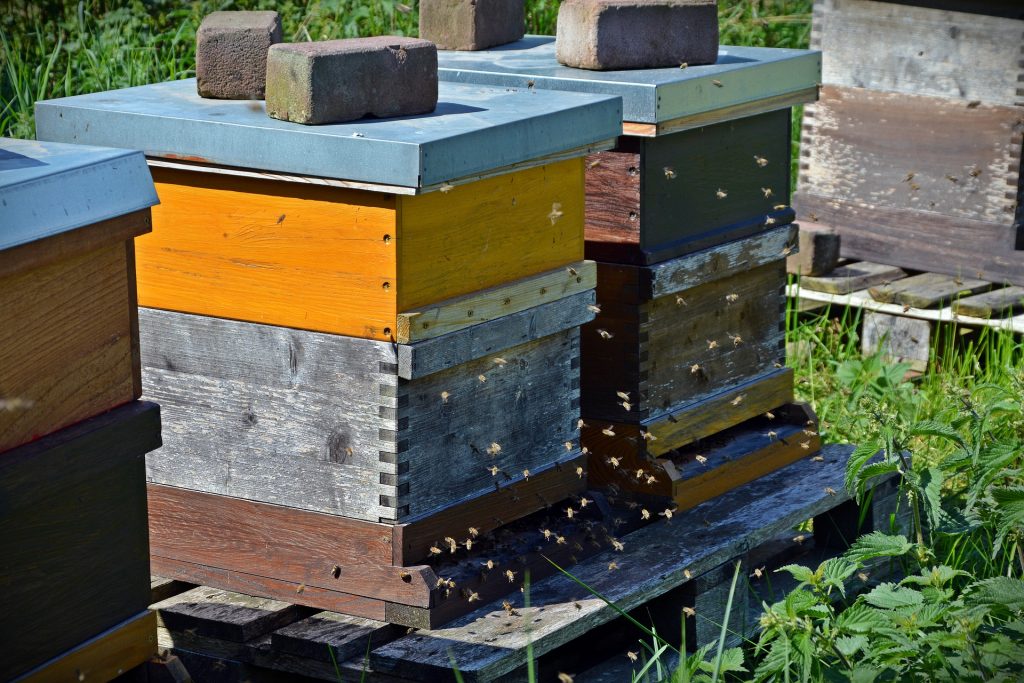 When anyone gets to know you keep bees there is a lot of interest and the most prominent questions is to know what is happening to the honeybees. Well they are doing alright, but there are some new clouds coming over the horizon. The Varroa mite gained a foothold into the UK in the early 1990’s and by around the turn of this century was firmly established as a major threat to the honey bees in the UK. Varroa is an external parasitic mite which lives on the bee larvae feeding on their internal fluids. We now know that this predation weakens the larvae and makes the bees much more susceptible to viruses, which if they were healthy would be able to fight off. There were many losses of honey bee colonies as the varroa became established. There were some medications that killed the varroa off but very quickly the pest became immune to them. For a while things look bleak and the plight of the honeybees became a national problem and there was much concern about honey bees disappearing from the countryside. But over the last 10 to 15 years the bees and the bee keepers have learned to live with this pest and there are signs that the bee population is building again. Although we cant get rid of varroa we can manage it and enable the bees to remain active and survive. The fears that wild honey bees would disappear so far has not been realised, there are still many colonies of bees living in the wild around Herefordshire.

Keeping honey bees has become more complicated than it was 20 years ago and anyone interested in this fascinating hobby now needs to learn a lot about how to assess the condition of their bees and how to help them remain healthy. Clubs like the Wye Valley Bee Keepers Association have seen a big increase in the numbers of people who sign up for training sessions each spring.
Honey bees are an immensely fascinating social insect which live in colonies of up to 50 thousand individuals. They are one of the few flying insects that plan ahead and build up reserves of food , in the form of honey, for periods of adversity. They are led by a Queen who controls all the other workers by the release of hormones called pheromones. Her main job other than directing the colony is to lay eggs which she does at a tremendous rate. Starting in march through to September she will be laying up to a thousand eggs per day. She is able to control the sex of the eggs and lays mainly female eggs which develop into the Workers. But she will also lay some male eggs so that there are some Drones available for reproduction. The young female Workers look after the eggs and feed them during their development in the brood nest and then as the workers get a bit older they move onto foraging duty, flying miles every day to collect pollen and nectar from plants. In the process of this collection the worker bees move pollen from one plant to another and so carry out their most important role of pollination.

The honeybees are faced with two new threats: the Small Hive Beetle is beginning to invade Europe from Asia. This little pest breeds uncontrollably in bee hives and will destroy the bee’s nest if it gets established. And there is the threat of the Asian Hornet coming from France into the UK. This hornet is more vicious than our local hornet and will attack and eat bees to a point that a hive is killed out. We have faced threats before and the honeybees have proved themselves resilient with a bit of help from us. The public are very interested in the health of bees and lot of gardeners now plant flowers that help the bees and other pollinators.

The Wye Valley Beekeepers Association is a small body of beekeepers centred on the Golden Valley in Herefordshire, who seek to keep the art of beekeeping alive in the area and to encourage others to take up the craft. There are courses, lectures and demonstrations to educate beginners and more experienced beekeepers, to increase the enjoyment of beekeeping and to help reduce failures.

The association rents a site from the Duchy of Cornwall in Shenmore (near Madley). The purpose of the apiary is to give the graduates of the beginners course the opportunity to consolidate what they have learned on the course and to provide a venue where all WVBKA members are welcome and can learn more about good beekeeping practices and exchange good practice and experiences. Contact Chairman - Rob Doran brandoran@btinternet.com